Why I wanted to tell my story

I opened up my laptop, welcomed the ghosts in, and they began to speak.

Writing, it goes without saying, is a creative process. But for me this means something quite specific: that the story comes out of the physical act of writing it; or, as the Norwegian saying has it, I make my path as I walk it. I remember, many years ago, the author of “The French Lieutenant’s Woman” explaining in an interview that the germ of his story was one simple vision – a woman, alone, standing on The Cobb in Lyme Regis, looking out to sea. John Fowles felt compelled to write his story in order to find out who this mysterious woman was, why she was alone, and who she was waiting for. Though the results should not be compared, my process is the same.

The seed for my own story was this: I stumbled across some recordings that were made on wax cylinders in 1916 by a family celebrating Christmas. The Phonograph that the voices were recorded on may well have been a Christmas present. The voices tell us something about themselves and their Yuletide gifts to each other; about relatives being away at war; about the weather. Most charmingly of all, the children sing a carol. I remarked that it was like listening to ghosts – after all, even the children must have died many years ago. I wanted to know who these people were and what became of them, so I opened up my laptop, welcomed the ghosts in, and they began to speak.

Film scripts are divided into scenes simply because films are too, made out of discrete chunks, edited together. But this, to my mind, makes it far too easy to cut your story into small sections too. The temptation is overwhelming. However, stories are not like that. I believe that a story is not a collection of events that can be connected and re-ordered like the carriages of a train, but a stream flowing down a mountainside. There are many different routes, each with its own unique destination, and yet every new twist and turn is pre-determined by the previous one. How could it be otherwise?

Like all metaphors, this one eventually collapses under its own weight. The writer – you – does in fact have some influence on the path of the stream. You can build a dam of stones to redirect its path, cut channels through the rock to make it flow faster, and create calms and eddies. But what you can’t do is defy gravity. The stream cannot flow uphill. This is what makes a story seem inevitable and organic. I don’t mean that your story won’t include surprises, both to the writer and to the audience, it simply means that the surprises are inevitable only after they are written. Indeed, this approach constantly throws up the unexpected, which is why I like it.

Novelists can write what they like, but films, especially low-budget ones, are a much more practical business and the screenwriter has to keep their eye on this. I did. It was my intention to make my film myself, largely self-funded, so if I felt my screenplay was pushing me into a six-week location shoot in Siberia (say), it was clearly time to rethink and backtrack. My budget, though small, was a very large boulder in the stream. The key was to set my story locally and in the present day, which necessarily pushed it in a certain direction and required creative solutions to telling a tale about characters from the First World War.

I make no claims for the end result of my endeavours. This was my first feature film and I made some mistakes, both in the writing and in the production. But I defend the method. It is not the only way of course. Whatever works, works. You will make your path as you walk it. This one seems to suit me.

So what is the answer to the question “Why did I want to tell my story?” I think that’s the wrong question. My story was lying in wait, buried in my subconscious and dug up by hard work, research, procrastination and most of all the simple act of putting words down on paper. I didn’t want to tell the story; the story demanded to be told. Not, it turns out, an act of creation at all, but of discovery. 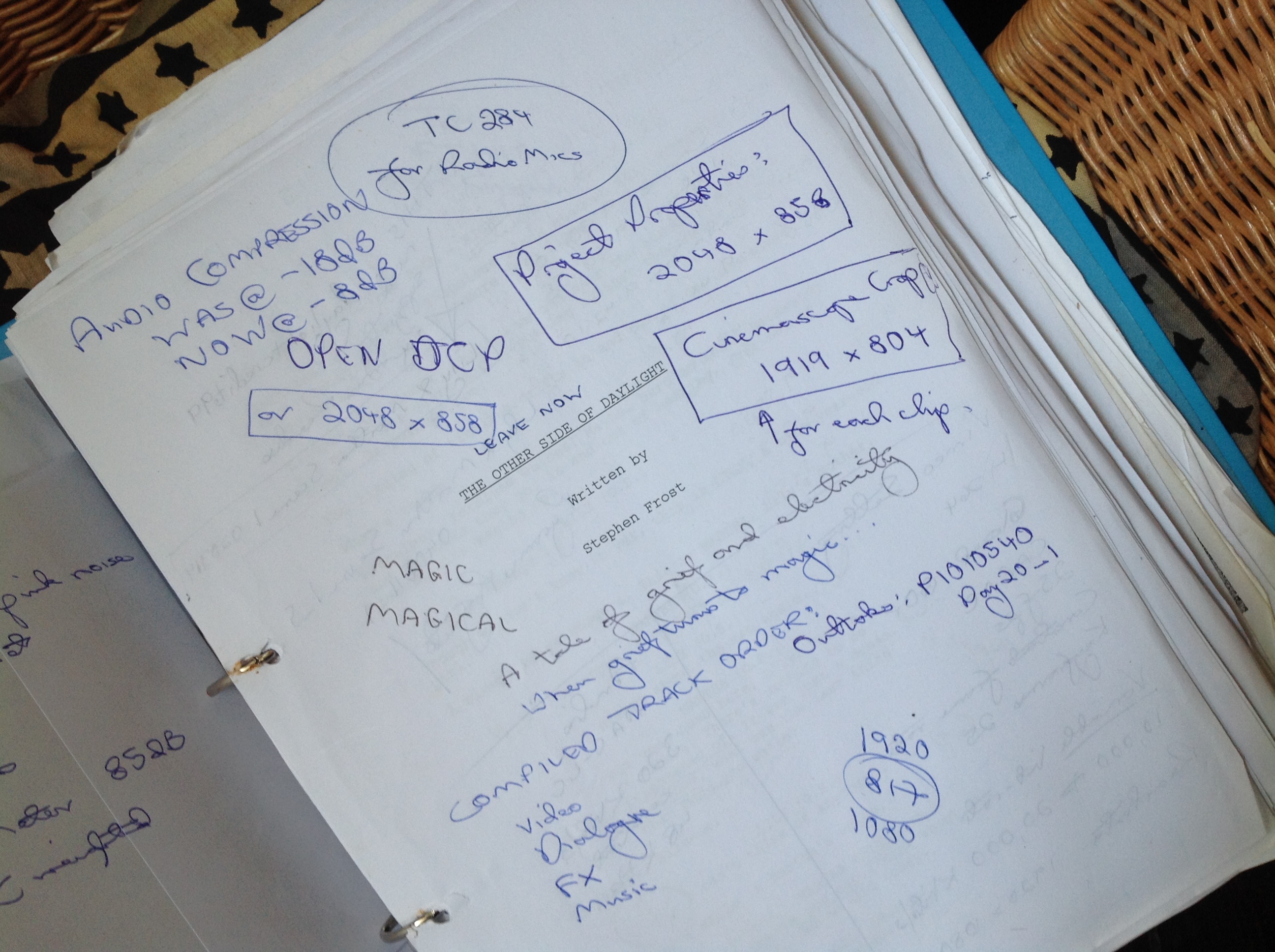